WAVE Project - working together towards conservation of cetaceans

Dead sperm whale found in Indonesia had about 5.9kgs of plastic waste in the stomach containing 115

Fin whales spotted on Sunday and Monday on the edge of the Bay!

Fin whales crossing from Europa point towards P Carnero. Today, these 2 giants of the sea have been sighted heading off to the west towards the Atlantic. Although fin whales don´t show their tail when diving, today we could see have lobe of the tail. According to the following article, fin whales show lateral lunge feeding. This is a very curious behavior as the are observed mostly travelling across the Strait of Gibraltar. http://bio.research.ucsc.edu/peop…/croll/…/Tershy_19 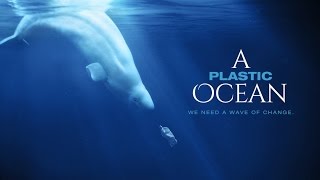 We believe that after seeing this powerful documentary you won't look at plastic in the same way. Plastic Oceans has assembled a team of the world’s top scientists and leading film makers to produce a powerful, high-end documentary in high definition ‘A Plastic Ocean’. Accompanied by scientists, conservationists and engineers, the film follows the journey of two explorers as they travel to some of the most remote parts of the world, documenting the environmental issues associ

DON'T LET YOUR PLEASURE BE THEIR PRESSURE!

The Bay of Gibraltar is rich in Biodiversity. Many species use it for shelter, for a home and for a migratory path. We are very fortunate to be able to enjoy the Dolphins and Whales that frequent the area. It's a travesty when we don't look out for or respect these wild free animals. DON'T LET YOUR PLEASURE BE THEIR PRESSURE! Motoring around them at high speed, getting too close or entangling them with fishing lines or nets can end in disaster.
bottom of page